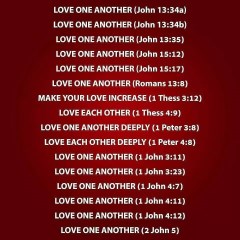 Before Armageddon, before the Second Coming, there will be the Rapture.

As the world’s attention turns to a battle beginning in Israel, prophecies foretell that living men and women will suddenly vanish, as the Bible says, “into the clouds to meet the Lord in the air.”

Before Armageddon, before the Second Coming, there will be the Rapture.   As the world’s attention turns to a battle beginning in Israel, prophecies foretell that living men and women will suddenly vanish, as the Bible says, “into the clouds to meet the Lord in the air.”.

This is a tremendous and very dangerous claim.

The Rapture is now commonly understood to refer to a time when believers will be snatched up to heaven by Jesus to escape the time of tribulation about to engulf the earth during the reign of the Antichrist. This chain of events has become so integral to some Christian end-time theories that it’s often assumed they’re clearly explained in the Bible, especially the book of Revelation. Thi is no true

As we discussed earlier The idea of a “pre-tribulation” Rapture, where believers disappear and everyone else is left on earth to suffer, is actually a rather new one. For 19 centuries “rapture” had referred to the second coming of Christ in general, rather than the supernatural escape from troubles as portrayed by Left Behind.

For 19 centuries people based there belief in the Return of Christ on a few gospel texts as for example:

Mathew 24 verse 29 Immediately AFTER THE TRIBULATION those days shall the sun be darkened, and the moon shall not give her light, and the stars shall fall from heaven, and the of powers of the heavens shall be shaken: 30 And then shall appear the sign of the Son of man in heaven: and then shall all the tribes of the earth mourn, and they shall see the Son of man coming in the clouds of heaven with power and great glory. 31 And he shall send his angels with a great sound of a trumpet, And they shall gather together his elect from the four winds, from one end of heaven to the other.

It is very clear that Jesus says : AFTER the tribulation ... Son of man is coming in the clouds of heaven.

So how did this version of the Rapture come about?

The mention of an event where believers are “taken up” into the sky in the Bible primarily comes from Paul’s First letter to the Thessalonians. In 1 Thessalonians, Paul is dealing with the fears of believers whose loved ones have died and who are afraid of what will happen when Christ returns. After telling them that the dead shall rise, Paul offers them this:

Then we who are alive, who are left, will be caught up in the clouds together with them to meet the Lord in the air; and so we will be with the Lord forever.
1 Thessalonians 4:17

Sky yes, but no tribulation, no Antichrist.

Other passages from the Bible are seen as supporting this idea, for example, Matthew 24:40–1 and Luke 17:34–35, which speak of one person being taken and another left behind. However, these passages discuss the second coming of Christ (the Parousia), not an escape from the world. The “blink of an eye” idea is taken from is 1 Corinthians 15:51–52. But none of this is from Revelation. And none of it lays out a clear Rapture, tribulation, Antichrist plan.

The book of Revelation does not specifically mention this pre-tribulation Rapture prior to the Antichrist’s reign, either. Revelation 3:10 is the text most cited as describing it:

Because you have kept my word of patient endurance, I will keep you from the hour of trial that is coming on the whole world to test the inhabitants of the earth.
Revelation 3:10

However, this occurs in a letter to a specific church, Philadelphia, rather than as part of the visionary material. References to this having any connection to “the Rapture” in scholarly commentaries are few and far between. And Revelation 3:10 doesn’t mention being taken up into the sky or the Antichrist.

Actually, the book of Revelation doesn’t use the term Antichrist at all. That term comes from 1 and 2 John. The beasts of Revelation are taken by many to be the Antichrist, as thought to be predicted in Daniel 7. But none of them is called Antichrist.

Other ascents to heaven by certain figures are mentioned in Revelation (John the Seer, the two witnesses, the child of the woman clothed like the sun), but these do not describe huge groups disappearing prior to the plagues, sufferings and terror which inflict the earth.

By this stage it becomes clear that the Rapture is far from an obvious and widespread concept in the Biblical text. Indeed, creating the idea of the Rapture, let alone its timeline, involves harmonizing many disparate parts of the Bible and presents the Bible as a prophetic tool. It involves reading the book of Revelation in relation to other texts, rather than reading what is contained in Revelation. Reading the Bible as having a blueprint for the future

put it into practice to create their own Rapturous chain of events, which is now often presented as the only possible version.

However, the idea that Jesus’ sayings, Paul’s teachings, John’s Letters and John of Patmos’s Revelation, not to mention the texts of Isaiah, Jeremiah, Ezekiel and Daniel, represent the same branch of"end of time theory"  is something few scholars would maintain. These texts were written in different locations and time periods, to different people, with different goals.

A “one end-plan fits all” attitude proves more than problematic, as richly diverse ancient texts are streamlined to an ordered modern timeframe of Rapture, tribulation and Antichrist.

The reality of the Rapture in the Biblical text is somewhat different. It’s the common concept of the pre-tribulation Rapture that is an oversimplification, a blurring of the complex texts and ancient worldviews. It is a modern creation assumed to be part of the final book of the Bible. But the book of Revelation doesn’t offer its readers the Rapture...

What is the meaning of RAPTURE and TRIBULATION?

For those people who are not familiar with Bible terminology,

It sound like the script of a Hollywood movie …but sadly enough if a falsehood (as happens in the time of Bush using weapons of mass destruction argument to invade Iraq, the greatest enemy of Iran)  is repeated constantly it can be used as a form of brain washing to influence the masses by the media.  The Rapture falacy is now  promoted by powerful TV preachers, media (many movies made about this topic) .  Simple minded Christians give millions to their preachers to make sure to be accepted as a true Christians.  Some preachers in Mega churches have been able to amass more than a billion US$...

CONCLUSION: An explosive mixture: A foreign policy not based on reality but on the fantasy of evangelical christianity, a president who want to be re-elected ( at all costs)  and .. last but not least ... a new national security adviser (appointed in a tweet) John Bolton, a welknown extreme war hawk.. John Bolton (who still believes that the war in Iraq was a great success - He thinks he is never wrong)  is now nesting in the offices of the White House and circling around the world to search out his prey... His favourite saying is: To achieve peace, prepare for war.

No wonder the doomsday -clock monitored by nuclear scientists  (including 14 Nobel price winners) is put  on 2 minutes before mid-night, the closest to midnight since 1956 (the cold war).  Reasons for their decison are found at https://thebulletin.org/doomsday-clock/past-statements/.

But there is still a glimmer of hope:

-  Create a global grassroots coalition ( youth are the future) committed to advancing a more peaceful future, one based on scientific inquiry, rational debate, and fewer nuclear weapons.
More details will be discussed in another article.