SUMMARY OF BOOKS: Christianity Renewed Volume I, II and III. 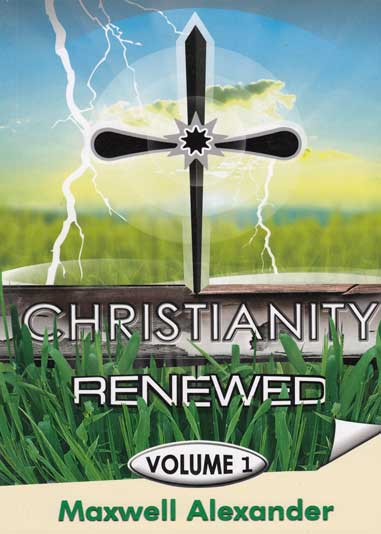 Traces the development of the Christian church and illustrates the major influences which have shaped, moulded and divided it over the past 2000 years. 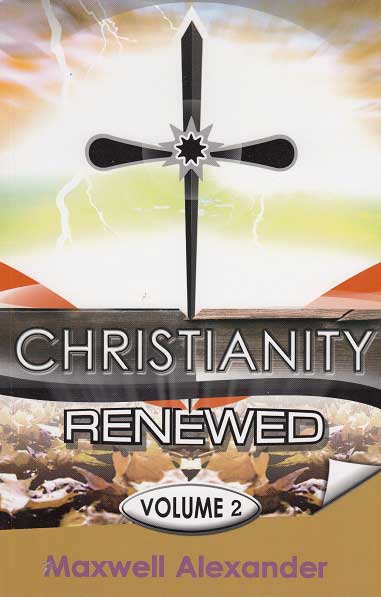 Explains the hidden mysteries of the Bible for which explanations have previously been unacceptable for today's enquiring minds. 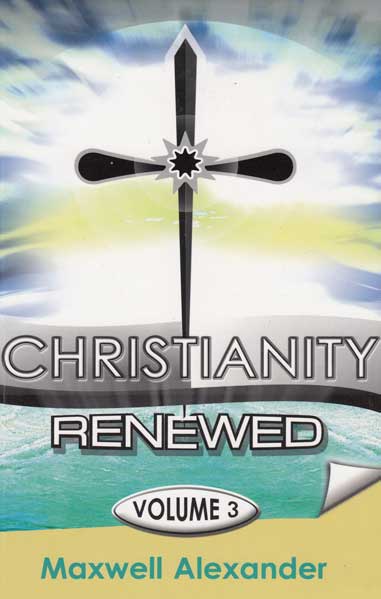 Volume 4 is very different from the other three volumes. It is set up as a dialogue with more than 70 illustrations and a minimum of text.  Its format of both brevity and clarity makes it very easy to read or share with other people as a flip-chart.

Yes, all Baha'is believe in Jesus Christ, the Son of God. Baha'u'llah says that Christ is: "The Lord of all being" He is: "The Lord of the visible and the invisible" and that: "The reality of Christ is ever-living, everlasting and eternal"

Yes, Baha'is fearlessly assert the Divinity and the Sonship of Jesus Christ. Baha'is regard Jesus as the perfect mirror Who reflects or manifest the invisible God. This is as Paul said: "Christ is the image of the invisible God" (Col 1:15), "The express image of his person" (Heb 1:3) "Turning to Him is the same as beholding as in a glass {mirror] the glory of the Lord" (II Cor. 3:18)

Baha'i belief is in accordance with the Bible that in His Essence God is unknowable. The Holy Bble tells us that "God is dwelling in the unapproachable light where no man has ever seen or even can see him". (Timothy 6:6) When Jesus was asked "Where is the Father?" He replied "And the Father himself, which has sent me, hath born witness of me. Ye have neither heard his voice at any time, nor seen his shape (John 5;37)

Baha'i belief in the spiritual reality of the Trinity is not a blind belief but based on reason. The Trinity is explained in the Baha'i Faith using the example of the sun and a mirror which perfectly reflects the sun. In this allegory, the sun represents God, Christ the mirror-image and the Holy Spirit are the rays of the sun. From one point of view they are different from another, they are one. This is the true spiritual meaning of the Trinity, a church dogma which was formulated in 325 AD in the Council of Nicea.

Baha'is take the Holy Bible very seriously. The Baha'i Writings tell us: "This book is the Holy Book of God, of celestial Inspiration. It is the Bible of Salvation, the Noble Gospel. It is the mystery of the Kingdom and its light."

Heaven and hell are not to be considered as a place but a state or condition of our soul.  When we are following God's Will then we are in a state of spiritual happiness, which feels heavenly.  Being remote from God's Will and His Purpose for us is like being spiritually in Hell.  The Baha'i Writings share many insights into spiritual realities such as life after death. (extracted from Christianity Renewed Volume 2)

TABLE OF CONTENTS of CHRISTIANITY RENEWED

VOLUME 3: Chapter 1: Promise of world peace / Chapter 2: The time of the Second Coming/ Chapter 3: Christ's descent upon the clouds of heaven/ Chapter 4: Spiritual meaning of Return/ Chapter 5: Book of Revelation and 666/  Chapter 6: Distinguish between a true and false Prophet/  Chapter 7: The new name/ Chapter 8: How will we recognize the Messenger of God?/ Chapter 9: Life and sufferings of Bahá’u’lláh/ Chapter 10: God's Great Covenant/ Chapter 11:The time of the End/ Chapter 12: The Kingdom of God/

Due to their direct and simple (but profound) direct style, the “Christianity Renewed” series is ideal for teaching the large rural Christian population… It is very helpful for answering the doubts of Catholics. (Dr. Peter Khan, former member of Universal House of Justice)

Christianity Renewed’s excellent presentation explains how the original spiritual truths based on the words of Jesus Himself, under the weight of traditional authority crystallized into doctrines, until the true teachings of Jesus became clouded over by obscurantism, bigotry, narrow mindedness and prejudice.   David Hofman (former member of the Universal House of Justice)

CHRISTIANITY RENEWED MADE ME BAHA'I.....SERIOUSLY!!!! Great for people from  a Christian background. These books were the last TESTAMENT to my search.. being from a strong Protestant church background.  These books built BRIDGES FOR ME and LINKS between Christ and Baha'u'llah.
I became drunk with happiness and love from the discovery of the TRUTH...THANK YOU BAHA'U'LLAH...Forever Thankful  (Dr Taralina Gae'e-Atefi, Samoa)

I was a Lutheran pastor in Vanimo, Papua New Guinea. I studied Theology in Germany.  I tried to revive Christianity but failed.  It was a humbling experience.  I prayed to God: “Not my will but Your Will be done” .   Initially I opposed Baha’i Faith but Christianity Renewed opened my eyes, showing a new way to reconcile science and religion.  It was difficult for me to become a Baha’i as the Lutheran church gave me salary, house and car.  But I knew the Baha’i Faith was the truth.  I left the church, became a Baha’i and returned back to my small village.  No money, no job, no prospects.   I had to start again… but his time “armed with the Power of Thy name  nothing can ever hurt me, and with Thy love in my heart all the world’s afflictions can in no wise alarm  me” (Abe Bodick, Papua New Guinea)

"Teaching the Faith in Solomon Islands is challenging. It was only after reading “Christianity Renewed” that we saw new ways to teach about Baha’u’llah in relation to Jesus.  These books were so simple, direct and comprehensive that everyone could understand them. We have a high rate of illiteracy (87%) across the nation, so having a text that is easy for people to understand is essential (Joyce and Don Boykin, former NSA members, Solomon islands)

I was a practising Catholic when I began reading Christianity Renewed resulting in my discovery of  an awakened spirituality offered by the Baha'i Faith.  The books helped explain  Divine truth of progressive revelation, love and service to humanity encouraged in each dispensation and the reality of our own eternal selves.  Even though I felt the truth of the Baha'i Cause resonated within, I still had many questions and loyalty of the heart for my Christian traditions. Through reading the books Christianity Renewed and discussing them, all of my questions were answered and more. I was enlightened and enkindled by the deep knowledge, exploration and explanation of the relationship between the two faiths in the books. (Mary-Kait Hunter, psychologist, Australia)

I was a dedicated Christian before I became a Baha’i.  Christianity Renewed empowered me in my own spirituality that it was not a matter of cutting my loyalty to Christianity by enlisting as a Baha'i, but actually strengthening my admiration for Christ, the validity of Christianity and the timely renewal of its sublime message for mankind - peace, love and justice. (Debrani, A.B.M. Papua New Guinea)

I like Maxwell Alexander’s Christianity Renewed as it is a series of booklets that illumines a path through the jungle of different interpretations, which have splintered the Faith of Jesus into over 50,000 different denominations and sects.  Clearly and succinctly, the author brings to light the glorious news of the promised “Return”, illustrating his discussion with verbal and pictorial imagery.  (Dr Yvonne Ingrid Woźniak , Poland)

I found the books to be a comprehensive yet a simple treatment of a very profound Theme.  The Bahá'í Perspective on the Faith of Christ. I highly recommend them to: "promote a dialogue between Baha'is and Christians". David Takagi (Hawai)

The “Christianity Renewed” series has changed our lives. It has been a blessing that we can share this simple but profound understanding of the truth with others in over 20 countries over the past 30 years. (Co- author Helen Vloeberghs, Australia)

“Christianity Renewed” presents a modern understanding of Christianity for a world coalescing into a global society in which the followers of the world’s great religions are confronted by the exclusivist claims of each religious tradition. (John Walker, Australia)

Christianity Renewed has been an indispensable guide to my deeper understanding of Catholicism and the Baha’i faith. (Dale Emerson, Lawyer, Belgium)